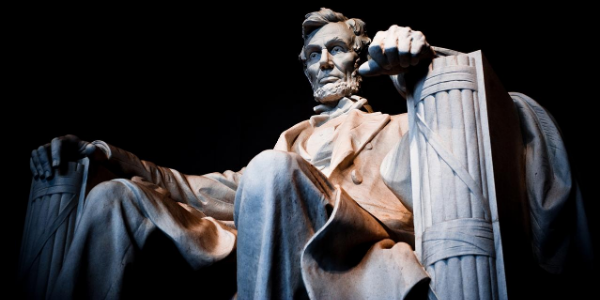 There is no inherent tie between the color of one’s skin and the content their character. However, the “thickness” of one’s skin does indicate the depth of one’s character. A “thick skinned” man is as impervious to insults and slander as a rhino is to a shot from a BB gun. Unfortunately, we are living in a time when being easily offended is considered a virtue, and the most offended among us gets the most attention and social clout. Even when no offense is intended, or a slight is imagined, feelings are everything. One can earn the crown of victimhood simply for having their feelings hurt.

Being easily offended, however, is NOT a virtue; it is a weakness and one of the chief inhibitors of personal growth. Our society has become entirely too sensitive, and that is a huge step backward for civilization. Real men and real women develop a level of self-control whereby they, and they alone, are the masters of their own emotions.

Stoic philosopher, Marcus Aurelius wrote, “If you are distressed by anything external, the pain is not due to the thing itself, but to your estimate of it; and this you have the power to revoke at any moment.”

It is possible for a man to be thick skinned while also tender hearted. The slings and arrows of outrageous insults shot from a malicious intent, have no power to hurt him, but the cries of the innocent, or the “wounds of a friend” go straight to the heart. It is important, as King Solomon wrote, to “above all else, guard your heart, for everything you do flows from it.”

When someone claims to be offended by you, evaluate the context and motive of the interaction.

Context: Is this a person known to easily take offense? Were others offended too?

Motive: Were you intending to offend? Were you careless and clumsy in your words?

Often these days, comments not intended to offend cause great umbrage to the “outrage mob.” But there are no “safe spaces” in the real world, and you are not responsible for people choosing to be “triggered” by “microaggressions.” The healthy and mature response to a “microaggression” is to ignore it.

You are not responsible for anyone else’s feelings. Period. You are responsible for your actions, and if you’ve purposely or thoughtlessly offended someone, apologize and move on. There’s no need to make a show of it or express public penance, and anyone expecting that lacks the self-awareness that we all screw up from time to time. Forgiveness is important too, and a desire to twist the knife on someone who has apologized may be a worse transgression than the original offense. It is a form of self-righteousness—and thinking too much of oneself is very hard to overcome.

Also consider context and motive in your own response to a potential offense.

Context: Is the offending party someone whose opinion matters, such as a family member or close friend? Try not to be offended by strangers who do not know you and have no stake in your life. But if someone is important to your life, you may need to take their words to heart and see if they bear some truth and opportunity for you to improve your character.

Motive: Is the offending party trying to provoke or hurt you? If so, disregard it and move on. If you allow someone with a bad motive to offend you, you are allowing them to control you. Strong men stand their ground against that kind of manipulation. Ignore these people.

Abraham Lincoln expressed a very healthy perspective on the matter: “We should be too big to take offense, and too noble to give it.” Abraham Lincoln

“The feeling of being ‘offended’ is a warning indicator that is showing you where to look in yourself for unresolved issues.” Bryant H. McGill

“It never ceases to amaze me: we all love ourselves more than other people, but care more about their opinion than our own.” – Marcus Aurelius

“The vexation of a fool is known at once, but the prudent ignores an insult.” Proverbs 12:16

“Love…it is not easily provoked, and keeps no account of wrongs.” I Corinthians 13:5

“Faithful are the wounds of a friend, but the kisses of an enemy are deceitful.” Proverbs  27:6